The many, many applications of optimal transport

This tweet is a great way to introduce optimal transport:

That animation shows interpolation between sets of point clusters that represent various symbols, powered by OT (here’s the IPython notebook that generated the animation, including generating the MP4 video file.

Michiel Stock’s notes on optimal transport are a really good introduction to OT. He explains OT as:

When you consider just how broad and general a ‘probability distribution’ is (!), the range of applications are just staggering.

But there are also mundane and very practical uses too

The lists above barely scratch the surface of what’s possible with OT. Heck, the casual definition of OT (given above) is so general that the hard part is just coming up with all the possible applications.

Michiel Stock (mentioned earlier) showed some a great example in his notes on optimal transport: 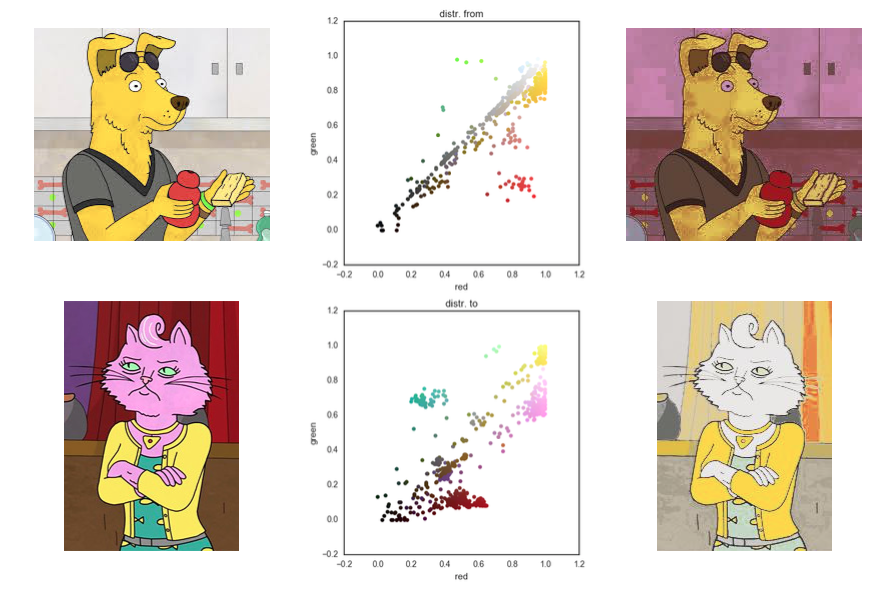 First, notice how the semantic information like ‘skin color’ doesn’t transfer. We can’t expect the algorithm to know about that. But I bet you could simply encode this as part of the optimization formulation without greatly modifying the algorithm… I.e., simply change the inputs but keep the code mostly intact.

Second, notice the artifacts in the target image on the top-right. It looks like those are JPEG (or video) encoding artifacts from the input image, unintentionally emphasized by the color transfer algorithm. It’d be interesting to apply Michiel’s code to highly-compressed JPEGs and ‘blocky’ images (like Haar wavelet encoded) to see if this is indeed the case.

Michiel kindly shared the source code for this implementation, too.

Here’s another example of color transfer, this time fixing the artifacts with entropy-regularization:

Lucky for us, there are several simple open source implementations of OT to experiment with. 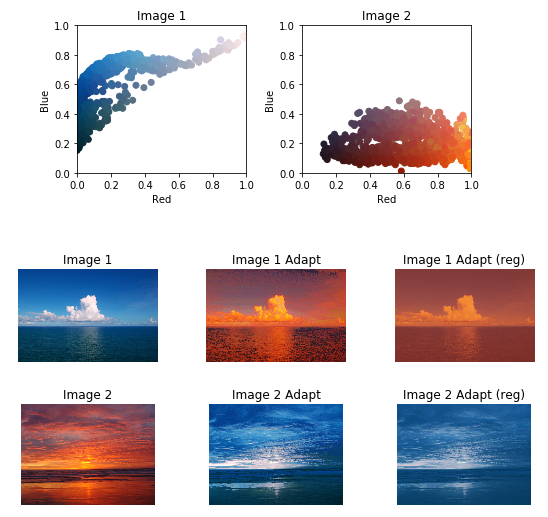 It’s a pretty amazing result – they’re almost like day for night shots, but in this case they’re “day for sunset” shots!

And another example with mapping estimation:

We can use optimal transport as a distance metric between ‘objects’. An ‘object’ could be just about anything: an image, a song, a video, a book, et cetera.

That distance metric measures the work required to transform a source object into a target object.

We can apply that metric as a form of similarity, to cluster (un)related items together in an online recommendation system.

This could be applied to find images with similar palettes, for example. It’s something I’m considering for my 3D color palette tool.

This image shows how OT can be used to encore incompressibility in fluid simulation:

Henderson & Solomon 2019 created a method to blend between any two sounds: 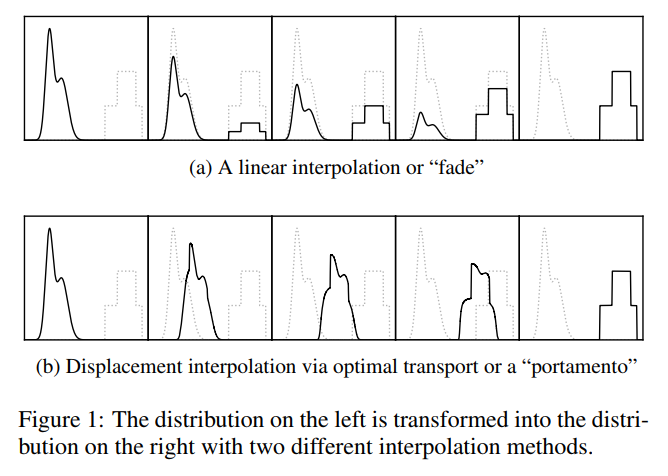 SoundCloud’s embed feature was broken, otherwise I’d just embed the examples here, but here’s a playlist of 7 example sounds generated by this technique. This one is my favorite.

OT can be applied to point in any dimension, which means we can interpolate 3D meshes and volumes: 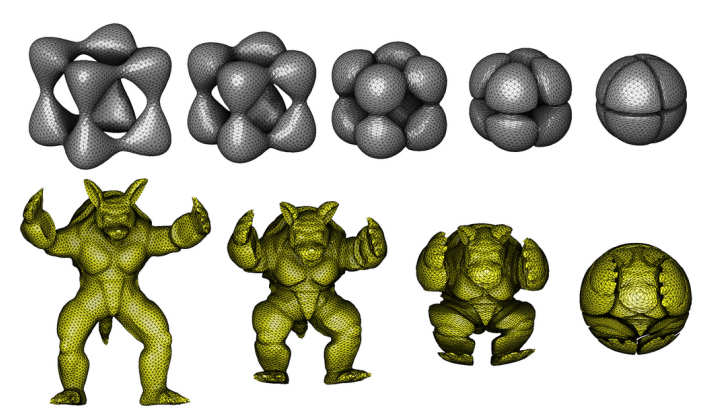 After reading Michiel’s intro to OT (linked above), you might like to watch Gabriel Peyre’s talk on applications of OT to computer graphics and AI (slides here).